So what exactly is Penetration Testing?

So what exactly is
Penetration Testing?

You have probably heard the term Penetration Testing thrown around in security conversations, or seen it listed in a compliance requirements list, but what exactly is a penetration test? The short answer is this: A penetration test is an attempt by a team of security engineers, using a variety of tools, to test a computer network and identify weaknesses.

What is involved in a
Penetration test? 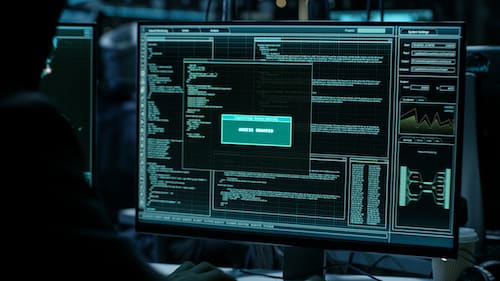 While each security engineer, team or company has their own distinct methods to test the security of a computer network, most testing involves some of the same steps.

Defining exactly what the security engineers or ‘Red Team’ will be testing is critical. Defining the limits of the tests, the timeframes and getting proper contracts in place is critical.

Most penetration testing starts with some semi-automated scanning of an environment, either external or internal (whatever is defined in the scope). This helps the Red Team identify potential vulnerabilities to exploit for access.

Not all penetration tests involve a social engineering step, but when they do, the often provide excellent insight into the security readiness of a company and its employees. During social engineering, the Red Team will use phone calls, emails and even site visits to attempt to gain access to a network by asking employees for credentials or assistance.

Once the Red Team has completed the reconnaissance phase and possibly a social engineering phase, they will attempt to gain access to the system or network using the vulnerabilities they have found. They may exploit unpatched servers, or weak passwords or just login using user credentials they gained during the social engineering efforts.

Once a network has been penetrated, they will move laterally to collect as much data as possible, working to identify what vulnerabilities and weaknesses they can exploit and to see how much data they can gather.

The most important and final phase of the project is always the reporting. This is where the Red Team engineers document their findings, and propose solutions on how to secure the network to better protect against attacks.

Whats the difference between A Vulnerability Scan and a
Penetration Test?

People confuse Penetration Testing with Vulnerability Scanning more than any other two terms in security, and it’s usually not their fault. Security vendors and scanning companies often interchange the two either accidentally, or to confuse customers into buying products they don’t need.

Here is our short answer: Penetration testing involves a knowledgable security engineer to conduct the testing and actively work towards exploiting a network, just like a real hacker. Vulnerability Scanning is typically performed by an automated tool to test a set of IP addresses for known vulnerabilities, such as out of date software or mis-configured firewall settings.